May 11, 2022
By John Labriola - Citrus County Chamber of Commerce President/CEO Josh Wooten is facing growing calls to step down in the wake of his inflammatory remarks comparing critics of LGBT propaganda to segregationists.
On April 26, social conservatives packed county hall to urge the library district governing board – made up of county commissioners and two local city councilmembers – to replace pro-LGBT members of the Library Advisory Board with more conservative candidates who would put a stop to "LGBT Pride Month" library displays that promote transgenderism and homosexuality to children. Wooten encouraged county leaders to ignore their pleas, equating local parental rights advocates with Alabama's 1960s segregationist governor George Wallace.
"I always go back to the governor standing in the schoolhouse door in Alabama," Wooten said. "The majority wanted him to stop people from coming into the schoolhouse door, so I'm telling you all, don't stand in front of the schoolhouse door!" (See video clip: https://youtu.be/ymlwifdq5Q4 )
Wooten doubled down at this Monday's Crystal River City Council meeting after a number of residents urged the council to boot Councilman Ken Brown off the library system's governing board for making the prevailing motion to reappoint the five Library Advisory Board members whose terms had expired.
Wooten defended Brown and told the council to ignore residents' complaints. He then made an "up yours" gesture at the audience. (See video above.)
Residents expressing outrage at Wooten's anti-Christian bigotry dominated the public input portion of this Tuesday's county commission meeting.
"Obviously he hates Christians and conservatives, and I think we need to get rid of him," said Gill Phelan of Lecanto. "I think we need to tell all the members of the chamber that if he stays as chamber president, we're going to boycott their businesses."
Marianne Parker of Homosassa agreed Wooten should resign.
"He must have decided he had the right to slander all of us who dared to have a different opinion. If he is unable to control himself, then maybe he should step down to a more casual and unprofessional setting," Parker said. "If someone has to win a debate by verbally kneecapping their opponent, it just shows how uneducated and unprofessional they are."
The Citrus County Chamber of Commerce is highly subsidized by county taxpayers and was recently designated by the county commission as the coordinator of the new Citrus One-Stop Recovery and Economic (CORE) Center, which will help determine how to dole out $5.4 million in federal COVID relief funds to local businesses.
"For [Wooten] to come out so strongly biased on one side, especially as a public official, was inappropriate, and I think it's wrong that he's in charge of funds that are going to COVID-impacted businesses in the town. How do we know Christians are going to get the money they deserve?" said Michael Nappi of Inverness.
Commissioner Scott Carnahan tried reassuring residents that while the Chamber of Commerce will make recommendations on how to spend CORE program funds, the county commission will have the final say.
Unfortunately, while Commissioner Carnahan may be a conscientious steward of taxpayer dollars, he will be leaving the commission in November and there is no guarantee he won't be replaced by a Chamber lackey who would take their "recommendations" as imperatives.
If the Chamber of Commerce wants to be trusted to make objectively-based recommendations that don't discriminate against Christian-owned businesses, it needs to start by appointing a new fair-minded CEO.
So please email the following members of the Citrus Chamber of Commerce board of directors to demand that Josh Wooten step down or be fired for his anti-Christian bigotry!
John Murphy <jmurphy@chronicleonline.com>, Cregg Dalton <cdalton@citruspa.org>, Martin Drango <Martin.Drango@duke-energy.com>, Alyson Brennan <alyson@citruseducation.org>, Gwen Klaiber <gklaiber@citruspa.org>, Vernon Lawter <lawterv@cf.edu>, David Reed <dreed@ymcasuncoast.org>, Debbie Reilly <Debbie.Reilly@citruslibraries.org>, Rob Wardlow <rob@wardlowandcash.com>, Leslie Bollin <lbollin@crystalriverfl.org>, Craig Stevens <craig.stevens@citruscountyfire.com>, Jack Reynolds <jreynolds@brannenbanks.com>, Chet White <chet.white@steemer.com>, Janice Warren <jwarren@citrustc.us>
cc: Josh Wooten <Josh@citruscountychamber.com> 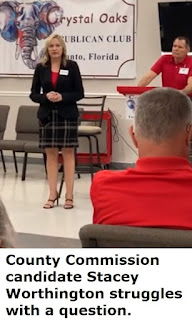 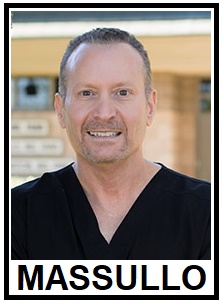 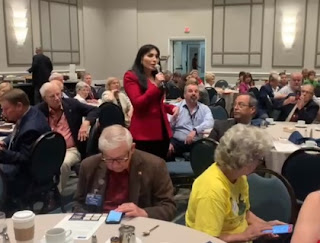